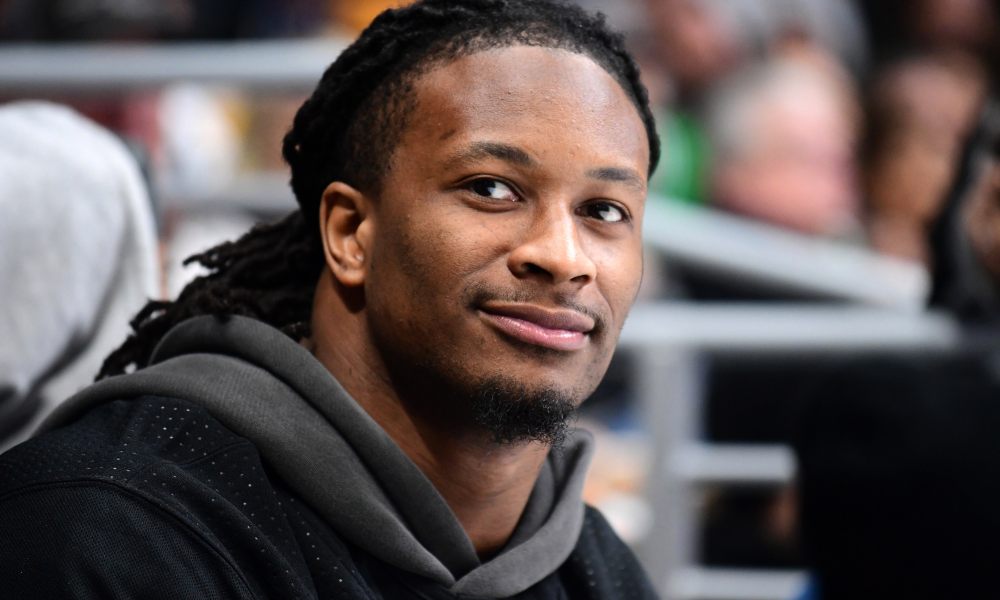 The session, held Wednesday night, included discussions about policy brutality, the wealth gap based on race, voting, Black Lives Matter and more. The athletes also talked about change within the NFL.

“Being in the NFL, seeing everything that we go through in the NFL, a lot still needs to be changed,” Gurley said. “That’s why we’re trying to push up on the commissioner with you know, the whole Colin Kaepernick situation, with him not being able to be in the league. There’s still a lot that needs to be changed.

“I feel like us players, as we’ve been coming together, dealing with the pandemic and dealing with the George Floyd situation, there’s still a strong move to push. But it’s definitely a start. We’ve just got to keep pushing on, keep hounding the NFL to do better because it’s a large organization. We need to be able to push the league to do more for the Black communities.”

Both Gurley and Jarrett said their status as star athletes doesn’t exclude them from racial injustice.

“As far as my experience as a professional athlete in my hometown, I think at the end of the day, whatever you do in life as success, they’re going to look at you as a Black man first,” Jarrett said. “The challenges that you will face are inevitable. They will allow certain elevations to a certain extent. I think being in a position as far as having some success, yes, there will be positions where I might have a little more leeway than the next Black person who is not in my position.

“But you’ve got realize there’s less than 1 percent of people like myself being in this position. Because of the limitations that were put on us as a race, sometimes we won’t get the opportunity to show what you can do. I think that’s what we, as (Black) people, are asking for is the opportunity to show we can do it, and just having a level playing field. It’s not about giving a handout. All we want is a level playing field.”